Protecting St. Louis from Bats Since 1954

Call Pure Pest today — we will get rid of your bat infestation with safe and minimal use of chemicals.
Call us today at 314-222-PEST! 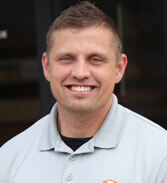 Clint from Pure Pest was super helpful with our bat issue. He went above and beyond to remove them humanely. Good work and informative conversation. Highly recommend. 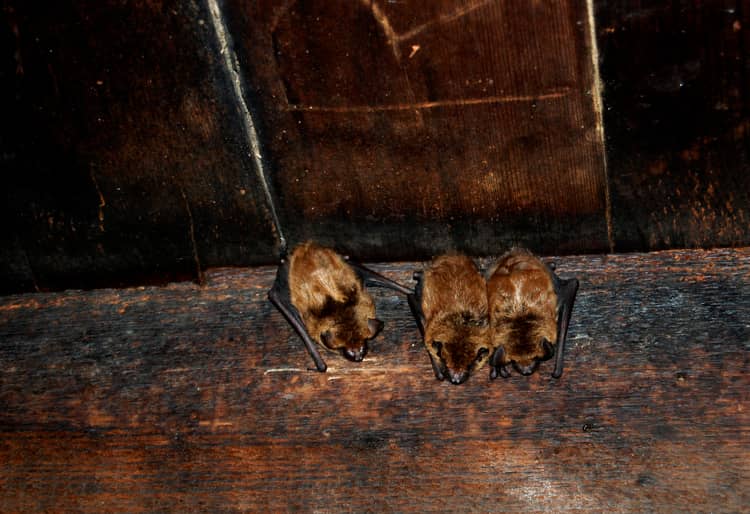 What’s the first thing that comes to mind when you think of bats? Is it their famous association with vampires? While these nocturnal fliers make for great characters in spooky stories, it’s important to remember that their dangers are not limited to works of fiction.

In fact, bats are the No. 1 cause of rabies deaths in the United States, so if you think your home may have a bat problem — especially if you catch signs of these winged rodents during the day — it’s very important to get them out of your space immediately.

Bats are Critical to Your Ecosystem

That being said, while you certainly don’t want bats in your home, you do want them as part of your community ecosystem. In fact, at Pure Pest, we think of bats as our allies when it comes to controlling insects! If your neighborhood is plagued by mosquitos, you might be interested to learn that Little Brown Bats (more on those later) are DEFINITELY going to be more helpful than a fly swatter: a single Little Brown Bat can eat 600 mosquitos in an hour. Night-flying insects only have one major predator (besides humans): the bat. 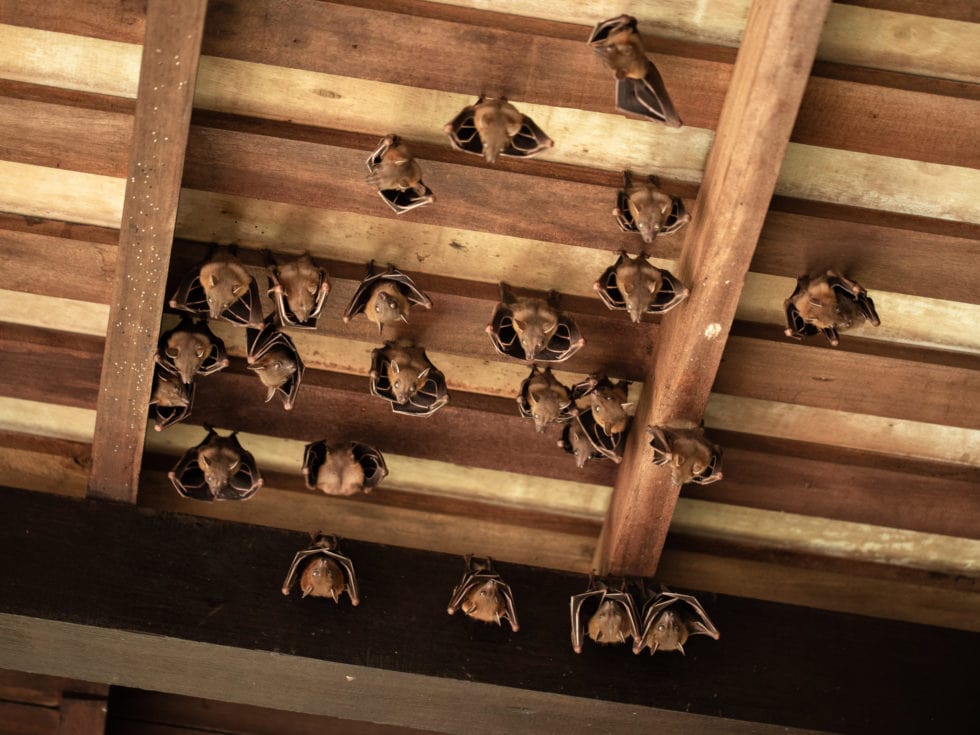 “It’s also worth noting that bats are important pollinators. In tropical areas especially, bats play a pivotal role in supporting the growth of important crops that us humans both enjoy and depend on, such as bananas and avocados.”

It’s understandable and appropriate to be concerned if you suspect you might be dealing with a bat infestation; there are definitely dangers associated with having them in your home. At Pure Pest, we are well aware of both these dangers as well as the contributions that bats make to the larger ecosystem. That is why when we work with a client on bat removal, we only use technicians trained in best practices specifically for bats. These technicians ensure that the bat removal process is completed in a safe and humane manner for all parties involved.

Big Brown Bat (or Eptesicus fuscus): While many species of bats tend to avoid human contact, the Big Brown Bat likes to roost in manmade structures. Therefore these are the bats that are most commonly seen by homeowners in Missouri.

How can you identify a bat as being a Big Brown Bat? Well for starters, they are relatively big compared to other local bat species. The fur on their back is usually light brown, but it can sometimes be a shiny reddish hue—perhaps the reddish color is one reason that people continue to associate bats with blood-sucking supernatural vampires. (Of course, the fact that there is a species called the “Vampire Bat” is probably another reason, but we St. Louis residents don’t need to worry about this species. Vampire Bats live in South and Central America.)

Big Brown Bats tend to have lighter-colored fur on their bellies than on their backs. They have black ears and black wings, and they don’t have tails. They live in small clusters of about 100 or so and hibernate for the winter. They’re voracious predators of insects in other months. They carry bat mites, which can make humans their host, and their guano (aka poop) accumulates wherever they roost. 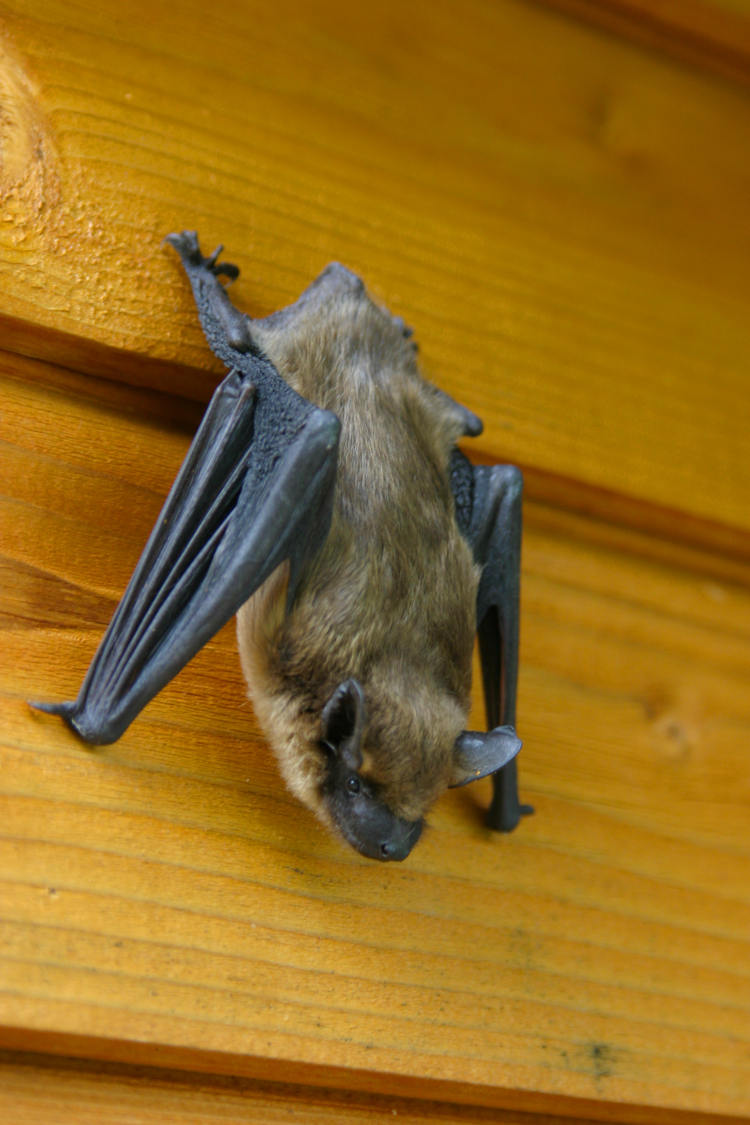 “They prefer to roost in the cavities of dead trees but it’s possible that if none of those are available, they might opt to roost in your home instead.”

Have you noticed an unfamiliar musky smell in your home? Then you might be dealing with an Evening Bat (Nycticeius humeralis) infestation. Like many Big Brown Bats, they have brown fur on their back, but unlike the Big Brown Bats, their belly fur tends to match their back fur. These bats do have tails, which are black and furless. Their wings and ears are also black and have no fur.

Evening Bats emit the aforementioned musky smell, a distinctive quality that can be helpful in identifying them. They prefer to roost in the cavities of dead trees but it’s possible that if none of those are available, they might opt to roost in your home instead. They’re not great flyers, which can be a good thing — it might make them easier to contain and get rid of.

Little Brown Bats (Myotis lucifugus), like their bigger cousins, usually have light brown fur on their back and lighter fur on their bellies. However, as their name suggests, they are smaller than Big Brown Bats. Little Brown Bats are comparable in size to a mouse. It’s not uncommon to find these little guys roosting in buildings. It’s important to note that this particular species of bat is endangered.

Pure Pest always adheres to the most humane wildlife removal practices, but with Little Brown Bats in particular we want to support conservation efforts and make sure that all the critters we remove from your home end up somewhere safe.The good news is that these bats rarely test positive for rabies, so if you have some of them in your home you don’t need to panic about rabies. You can also have peace of mind 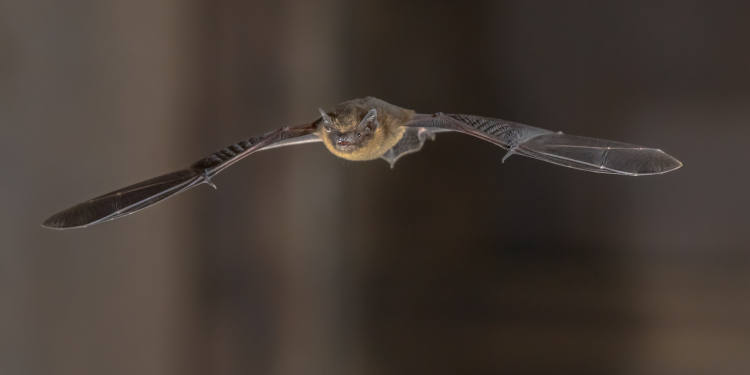 “It’s possible that, in an effort to find their preferred conditions, they might find their way into your home in order to enjoy the benefits of your heating system.”

Another species of bat that you might encounter in St. Louis is the Tri-colored Bat, or Perimyotis subflavus. In fact, they can be found in nearly every Missouri county. They are relatively small, and they are erratic flyers which are two of the defining characteristics that are often used to identify them. Another defining characteristic (and the one from which they get their name) is their coloration. At first glance, they appear to be reddish or yellowish in color, but closer examination will reveal that each hair is 3 colors: the tip of each hair is brown, the middle part is yellow, and the base is black. They have long, light brown ears, which are rounded at the tips.

These bats like caves. They tend to mate around a cave’s entrance during mating season (August to October) and hibernate inside the cave during winter. Lucky for them, they don’t have a lot of competition for Missouri’s small caves; often they are the only species that can be found hibernating in these environments.

It’s worth noting though, that while they tend to hibernate in caves, they like a warm and stable temperature. It’s possible that, in an effort to find their preferred conditions, they might find their way into your home in order to enjoy the benefits of your heating system. 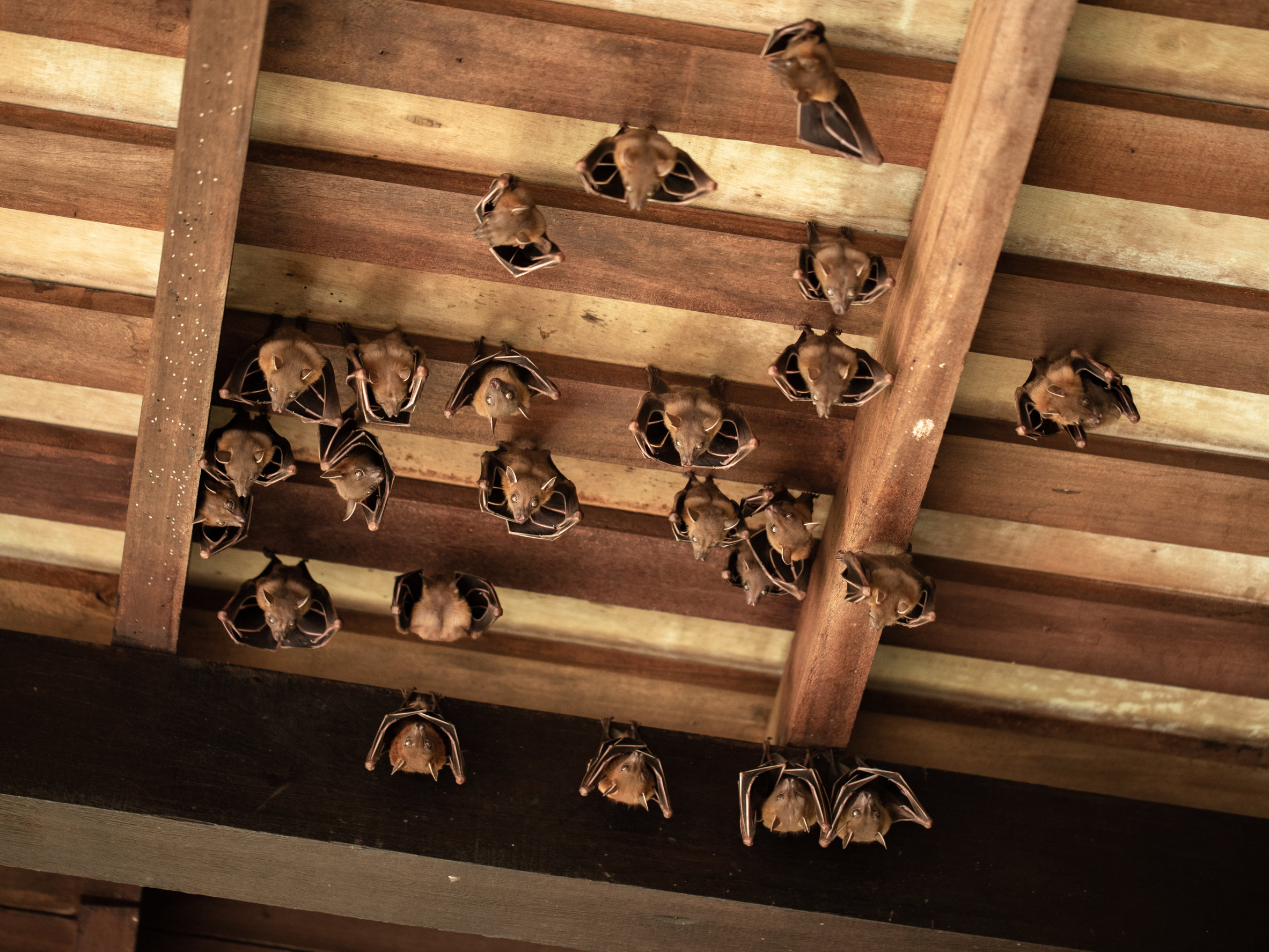 1. Eliminating your bat problem is as easy as calling us. We can often conduct bat control on the same day you call.

2. We back our work with the Pure Promise – 100% Guaranteed. Solutions. All our bat control programs are designed by St. Louis pest experts for St. Louis’ bats.

3. Our techniques have been carefully engineered through our decades of experience protecting St. Louis homes and businesses from bats. 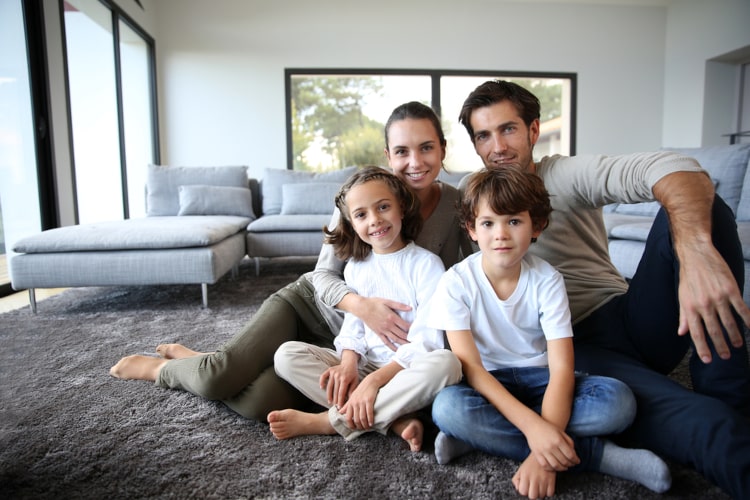 Pure Pest is certified by the state of Missouri in all aspects of pest control that we offer. In addition, we are insured and bonded with all necessary licenses for the state and City of St. Louis.