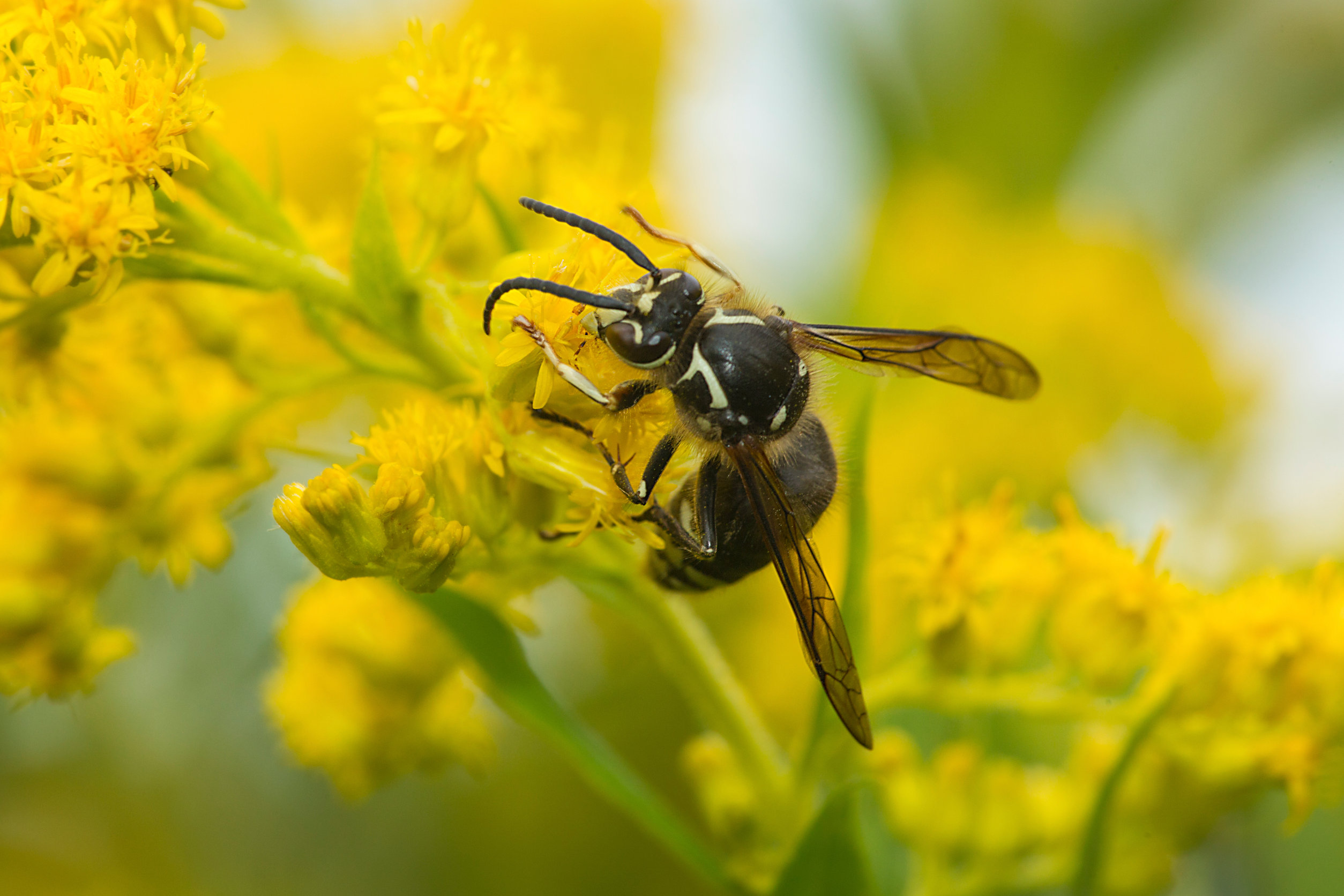 When you hear “bald-faced hornets”, I imagine that your initial feeling is fear or despair. That initial emotion is not too far from the truth, as bald-faced hornets are aggressive and dangerous stinging insects.

What are Bald-Faced Hornets

Although these insects are named “hornets”, they are actually more accurately characterized as wasps, specifically a close relative of the dangerous yellow jacket. Hornets tend to be smaller and chubbier than your common wasp. If you want to be super specific, know that all hornets are wasps, but not all wasps are hornets. In this case, the classification is not super important, but know that bald-faced hornets can still be vicious creatures. Bald-faced hornets can also be called bald-faced yellow jackets, white-faced hornets, spruce wasps, or bull wasps.

Bald-faced hornets are easily identified by their white face and black body coloring, and they are relatively large creatures. You may imagine that most wasps have the typical black and yellow coloring, so bald-faced hornets are more easily recognizable. Their shape is wasp-like and can be almost 1 inch in length. They have the characteristic three white stripes toward the back-end of their large body. While queens tend to be larger than the hornets in her colony, she may not be larger than hornets in other colonies. Bald-faced hornets have antennae and six legs, and can be found throughout the United States and North America, although they are more often found in the Southeastern region of the country. These creatures tend to be attracted to highly forested areas, so forests or urban areas with lots of trees.

Why are Bald-Faced Hornets Dangerous?

Also unlike bees, which only cause a reaction if an individual is allergic to bee stings, the venom of the bald-faced hornet will cause immediate eye watering and temporary blindness. Urgent medical attention is promptly needed to prevent long-term, irreparable damage.

There is some research that has also shown that bald-faced hornets have some degree of facial recognition, where they have the social intelligence to be able to identify and remember faces of the human that bothered their nest. Research out of McMaster University in Ontario, Canada, has shown that we tend to underestimate the social capabilities of the bald-faced hornet.

When Do They Become Most Active?

You will be able to easily spot a bald-faced hornet infestation because of their characteristic paper-like nest. However, because they like to build their nests in trees, you may not immediately notice until the leaves have fallen. That is why it’s important to keep an eye out for wasps flying around your home and keep track of the season. Queens who matured and were fertilized in the previous year will begin new colonies each spring. The Queen will first find a safe space to build her nest. Then, she will lay her eggs and feed these eggs until they grow to full maturity. This first batch of eggs will then become worker bald-faced hornets whose sole goal is to expand the nest. At the end of summer and in early fall, the Queen will lay eggs that become drones and queens; after maturity, this new cycle of eggs will mate for the cycle next year. The initial Queen and the initial worker hornets will die off in mid-fall.

How Should You Get Rid of Them?