*Valid on First Service Agreement
Call Pure Pest today — we will get rid of your mosquito or tick infestation with safe and minimal use of chemicals.
Call us today at 314-222-PEST!

How is the product applied?

The product is applied using specialized equipment that allows for thorough coverage of shady areas, on and underneath leaf surfaces, and other known mosquito resting sites.

How often should I have this treatment performed?

Typically, we like to treat every 30 days during the growing season. If using our “Pure” option, we target every 21 days.

Does this treatment ensure that no one will contract any mosquito borne diseases or illnesses while on my property?

No, this treatment does not promise to prevent mosquito borne illnesses of any kind. We do promise that we can reduce the population of mosquitoes that are living, breeding, and resting on your property.

Is this product safe for animals?

Once the product is completely dry, there is very little risk to animals. We recommend that people and pets stay away from treated areas for a minimum of 2 hours after treatment.

What type of results can I expect?

You can expect a 60% – 90% reduction in mosquitoes on your property. Our goal is for you to see a noticeable difference in mosquito activity. We pride ourselves in providing you with the ability to spend and enjoy quality time in your backyard. We still recommend applying a skin repellent such as “Deet” for maximum protection. Keep in mind that mosquitoes can breed, fly, or be blown in from many miles away even though your property is treated. No treatment will be perfect.
Contact Us

The Dangers of Mosquitoes & Ticks 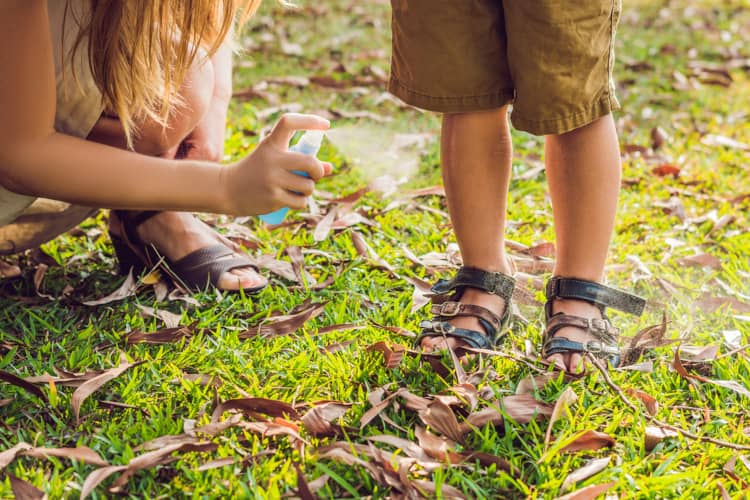 Mosquitoes are a famously annoying nuisance: their bites cause itchy welts that last for days. In fact, mosquito bites must be among the least enjoyable aspects of the summer months, when people wearing shorts and t-shirts expose more of their skin to these annoying blood suckers: a bunch of itchy bites on your ankles can keep you up at night trying not to scratch— scratching only makes it worse! But mosquitoes are not only a nuisance, they also bring the threat of diseases like West Nile Virus.

While a tick bite might not cause the same amount of aggravation as a mosquito bite, it can be just as bad— or worse. Ticks can carry and transmit several types of infections caused by pathogens; there are a number of tick-borne illnesses that can cause a range of symptoms. Tick-borne illnesses have been reported around the world, and fortunately, some of them have been limited to other parts of the world so far. Not all of them, though. In fact, Missouri has the distinction of being one of only five states to have reported cases of the tick-borne Heartland bandavirus in humans! Though very uncommon, the symptoms include high fever, nausea, and low white blood cell count— among many others. At Pure Pest we’re glad to see that the number of infections has remained low— and intend to help keep it that way!

While Heartland bandavirus is rare, Lyme disease, another tick-borne illness, is much more common throughout the United states: the CDC estimates that approximately 476,000 per year may get Lyme disease in the United States. Lyme disease can be very dangerous if it is not diagnosed and treated properly right away. As the disease progresses, symptoms become worse and can lead to facial palsy, arthritis inflammation of the brain and spinal cord, and nerve pain. 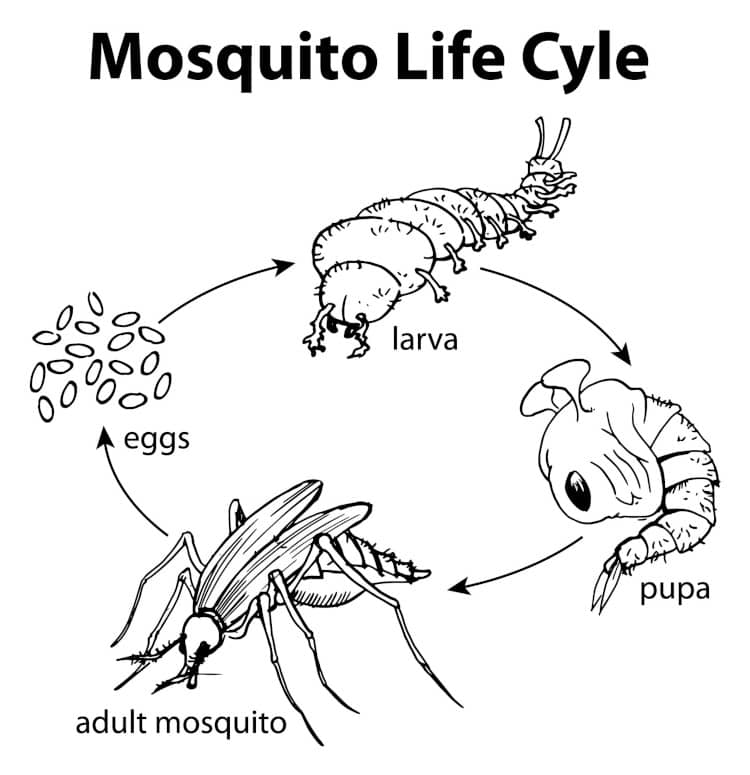 At Pure Pest, we are proud to offer mosquito and tick control services. These services will significantly reduce the presence of these inconvenient and dangerous pests so that you can make the most of your outdoor spaces. You’ll be able to relax more while enjoying fresh air and sunshine with the increased peace of mind that comes from knowing you’ll have fewer itchy bites, and that you’ve taken precautions against contracting a mosquito or tick-borne illness. while avoiding pesky bites and dangerous diseases.
314-222-PEST

Can’t thank these guys enough! If you are looking for a pest control company, stop what you’re doing and call Pure pest! I will never use another company to solve these issues. Polite, Respectful and Effective! Worth every penny. Pure Pest is the best! Clint is so helpful and really knowledgeable. #byemosquitos
– Alysa J.

Mosquitoes at a Glance 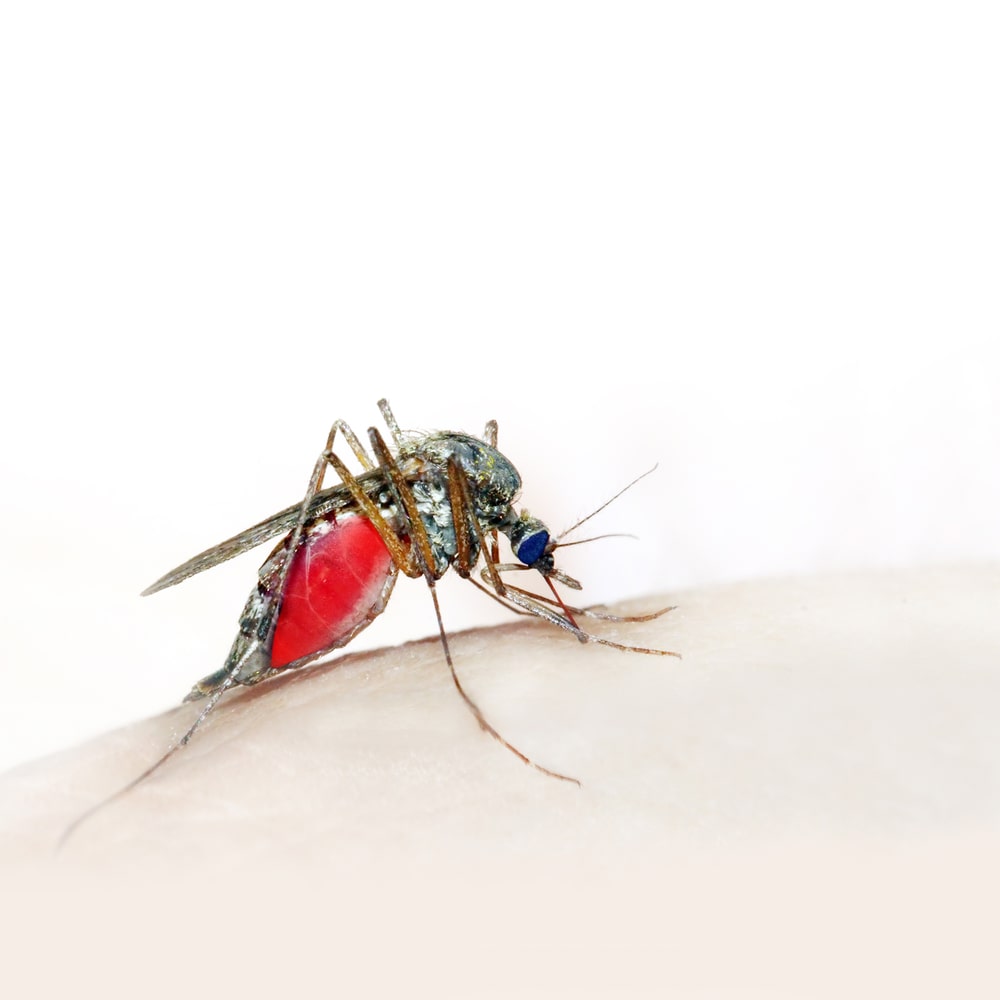 Adult mosquitoes are about 1/4 to 1/2 an inch long. They feed on algae and microscopic organisms in water as larvae. Male adults eat flower nectar, while the females feed on blood because they need the protein for their larvae.  The mosquito lifespan is only a few weeks.

Our team will assess the problem, and treat breeding areas (most often areas with standing water, like gutters and bird baths) with products specifically designed to control mosquito larvae for extended periods of time. 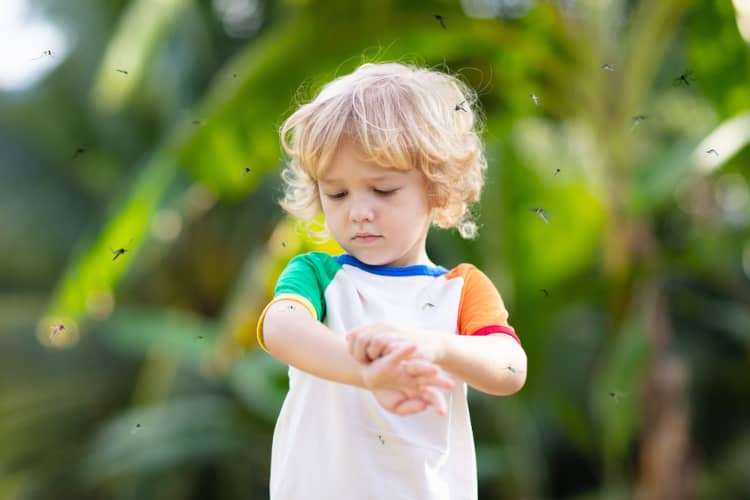 At Pure Pest, we’re committed to providing our customers a good experience. Our technicians are trained to be safe, effective, to avoid inconveniencing our customers any more than is absolutely necessary. When it comes to mosquito and tick control, one way we fulfill our commitment is through our use of a top-quality premium product. The Syngenta product that our technicians use is Environmental Protection Agency (EPA) approved. It is rated to last 30 days— even in rainy conditions— with a 60% – 90% reduction in mosquitoes on your property. Other pest control services use products that are rated for a shorter window of time— usually 21 days. If you want continuous protection against mosquitoes and ticks, you’ll have to allow service providers that use these inferior products access to your property once every 3 weeks instead of once a month.

As we’ve previously stated and will proudly state again — at Pure Pest, we prioritize customer safety. We have carefully selected the best product available that combines efficacy, efficiency, and safety. Nevertheless, we recommend that people and pets avoid treated areas for 2-3 hours after treatment. Although the product dries quickly, waiting 2-3 hours allows for the product to fully adhere and cure to the treated surface. This both maximizes the treatment’s effectiveness and reduces the chance that pets will pick up any of the treatment product on their paws or that you’ll track any residue inside on the bottom of your shoes. We are also concerned with the safety of your backyard’s ecosystem and overall environmental health. Our technicians are trained to avoid honeybee populations along with the flowers they pollinate. We know bees are integral to environmental health and food production so we’re careful about protecting them from unintended harm!

Our Commitment to You

Although nothing can completely eliminate every mosquito from your property, we guarantee you won’t be bothered by mosquitoes between treatments. Thus, if you are still having issues within 30 days of your treatment, we will come back out and reassess your property. If necessary, we will re-treat at no additional charge.

In addition to mosquito treatments, there are some things you can do around your home and yard to help eliminate mosquito activity.

Get Rid of Standing Water

Breeding areas are most often areas with standing water, as mosquitoes require water to breed. A mosquito can breed in a body of water the size of a thimble, so it is important to take steps to reduce any standing water in your yard.

• Keep gutters clean
• Empty outdoor toys, outdoor gear or any objects that have collected water
• Change the water in kiddie pools and birdbaths weekly
• Turn over large objects that can catch water after a rainfall
• Repair outdoor faucets if they are leaking
• Improve drainage to low lying areas of your yard where ponding may occur.

Mosquitoes gravitate towards tall grass because it is cooler and damp. Reduce your mosquito population by trimming vegetation near the home and mowing your lawns regularly.

Citronella is the most commonly used natural mosquito repellants. Some other plants to use as repellants are Lavender, Marigolds and Catnip.