What Diseases do Fleas Carry? 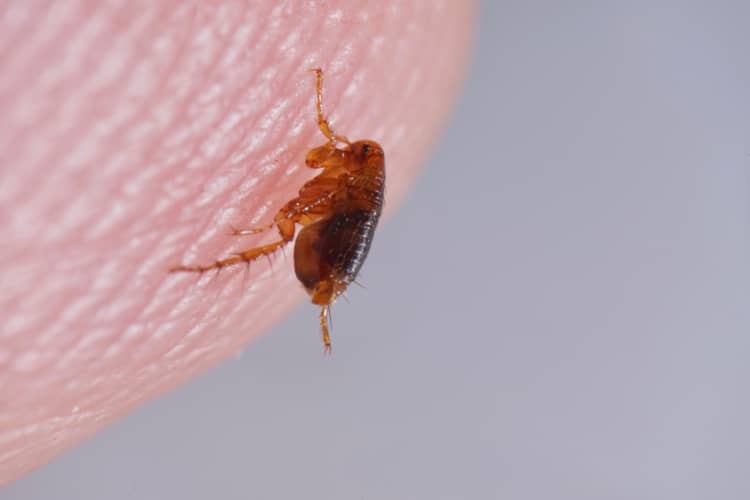 Almost any pet owner has dealt with fleas at some point. Whether that be a neighborhood dog giving your fido fleas, or getting them from your shelter cat, fleas seem almost inevitable. Fleas are versatile as they are numerous, and can spread like wildfire. Whether you bring them home through your brand new shelter pet or your adventurous pet accidentally brings them home, or even if they eat a rat infected with fleas, there are numerous ways they can be caught.

According to the CDC, the number of illnesses caused by flea bites tripled between 2004 and 2016, which has only continued to climb in the 2020s onward. With the most common disease caught being the Bubonic plague, the plague that killed a third of Europe in its heyday, it’s detrimental that fleas be taken off quickly.

Pets are not the only way that fleas can spread diseases. Fleas transmit diseases from the blood taken from a human or animal host, or from contaminated fecal matter. Although most of their diseases aren’t infectious, they can still transmit anything from the black death to Tularemia, and even parasites that can infect owners and their pets alike.

A few examples of diseases fleas carry are:

The diseases above may sound scary, especially ones like the Bubonic Plague, but they aren’t as bad as they seem. Science has advanced quite greatly since the dark ages and many of these flea-borne illnesses have been long since conquered by modern medicine.

A flea bite is more likely to result in a strong dose of antibiotics to conquer than a trip to the E.R or morgue. Even then, most of these flea diseases are fairly rare, however, they carry along some risks that can last longer or be tougher to fight that many people may not know of.

One of the greater threats a person can face with fleas is flea-borne parasites. Although at the bottom of the list, it’s much more problematic in people as parasites like the tapeworm can be especially tricky. Adult tapeworms can lay in the intestines for years and not show any symptoms, with only few people experiencing loss of appetite and abdominal pain. The only way one can tell if they even have tapeworm is to have a doctor check a stool sample for eggs or tapeworm pieces, and if you aren’t looking for it in the first place it’ll be almost impossible to notice,  making them one of the most problematic things fleas can carry.

Fleas not only can not only spread parasites but can cause painful red bites, and possibly allergic reactions. Fleas tend to live on the underbelly of your pets but prefer to bite humans around the lower legs, leaving painful bumps all over.  For the unlucky few who are allergic to fleas, they can develop a wide range of symptoms from hives to blisters, to red bumps that can spread over you and your animals.

Pets can experience painful fleas rashes as well, as since they bite instead of itching, this can cause hairlessness in the rear and legs of your pet in what is known as the flea triangle, which could take months for the infected area to return to normal.

How to Get Rid of Fleas Permanently

Getting rid of fleas can be a simple matter if you know what you’re doing. Many vets recommend medicine or a simple comb to get rid of the eggs and bugs, and although that tried and true strategy may seem promising it has its flaws. Fleas, although preferring a live host, can actually live on cloth surfaces, such as bedding or carpeting, and can even be found living in the cracks in the floor. They can live on these surfaces for weeks or even months at a time and with fleas being as small as they are and human’s lacking microscopic vision it could be quite easy to miss them, and ultimately cause them to multiply and infest your home.

Killing fleas once doesn’t finish the job, despite most’s wishful thinking. Quick decisive action is key to preventing an infestation, it’s better to call an expert early on, like the experts at Pure Pest.

Pure Pest are masters of flea extermination and offer a wide range of services perfect for fleas and just about any pests. By contacting their certified technicians one can easily set up a pest control plan and have your home regularly visited by a technician, ensuring the death of the fleas and the safety of your loved ones, furry or human. “An ounce of prevention is worth a pound of cure” as the old saying goes, and thus it’s better to call the experts right away and nip the problem in the bud, and guarantee a happy, flea free household.