What is a Spotted Lanternfly? 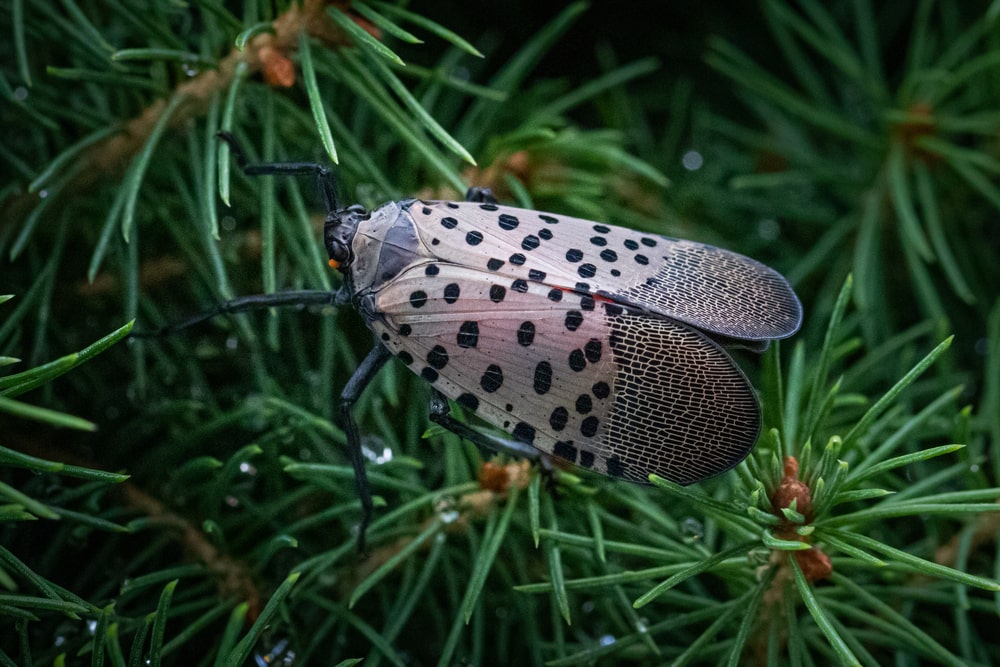 The Lycorma delicatula, more commonly known as the spotted lanternfly, is an invasive species that was first discovered in the United States in Pennsylvania in 2014. An invasive species is a species that has been artificially introduced into an environment that it is not naturally found in. Invasive species can cause severe damage to the environment, which can in turn cause economic damage and create a public health issue. The spotted lanternfly is not yet found throughout the United States, but has been found in 12 states, all above the Mason-Dixon line. Regardless, the spotted lanternfly may eventually be found in St. Louis, so it is important to be familiar with it, in order to prevent harm.

What is the Spotted Lanternfly?

The spotted lanternfly is native to China, but has spread to Japan, South Korea, and the United States. Commonly described as a planthopper, spotted lanternflies look very similar to leaves in the environment, so they may be difficult to spot. Planthoppers are also known to “hop” from plant to plant, similar to the movements of a grasshopper. Even though they are a winged insect, they rarely fly, but rather use this hopping mechanism to hop and glide from plant to plant. Their wings aid in their ability to quickly and efficiently move from plant to plant, enabling them to spread quickly.

Spotted lanternflies are small insects, found to be about one inch long and one-half inch wide. Females tend to be larger than males, especially when mated. These insects have a black head and neutral-colored wings with approximately 20 spots on them, hence where they get their name! When their wings expand while resting or flying, you can see a red underside of the hind wings. Their abdomen is yellow.

The life cycle of the spotted lanternfly begins when the nymphs hatch from eggs, typically during the Spring months, around late April to early May. The coloring of these nymphs are originally black with white spots, but as they transition to adulthood, they develop wings and their coloring becomes more grey. Because they don’t have wings, nymphs tend to favor herbaceous plants and do not spread easily.

The Spotted Lanternfly as an Invasive Species

Why are Spotted Lanternflies Dangerous?

The good news is that the spotted lanternfly is not dangerous to people! These insects do not bite humans. However, they are dangerous for plant life. Spotted lanternflies eat a lot of plants, specifically plant sap. Spotted lanternflies have a strong preference for maple, black walnut, birch, and willow trees. The damage caused to these trees can lead to plant death, which severely affects the flow of the ecosystem and the U.S. economy.

Furthermore, the extraction of sap attracts other insects, which is not natural to the cycle of the ecosystem. Bees and wasps are attracted to the sap, specifically the honeydew, that is extracted from the trees. The extracted honeydew also grows mold, which can further damage plant life.

What Should I Do If I See a Spotted Lanternfly?

Since the spotted lanternfly hasn’t been found in St. Louis yet, it is vital that you report a sighting! Early reporting can help mitigate the spread of this invasive species, which will protect the Missouri and St. Louis economy. Early detection and containment will prevent the destruction that spotted lanternflies cause to the ecosystem and economy, as we have seen in Pennsylvania, so we won’t need to launch a huge pest control effort to stop them.

The best way to prevent the spread of the spotted lanternfly is to kill off the eggs when they are first laid, typically in the late Fall. You can scrape off the eggs and double bag them, pouring some alcohol or hand sanitizer into the bag before tying it off and disposing of them. Additionally, the sap of the  Ailanthus altissima is needed for the spotted lanternfly to lay its eggs, so removing these trees can also prevent the spread.