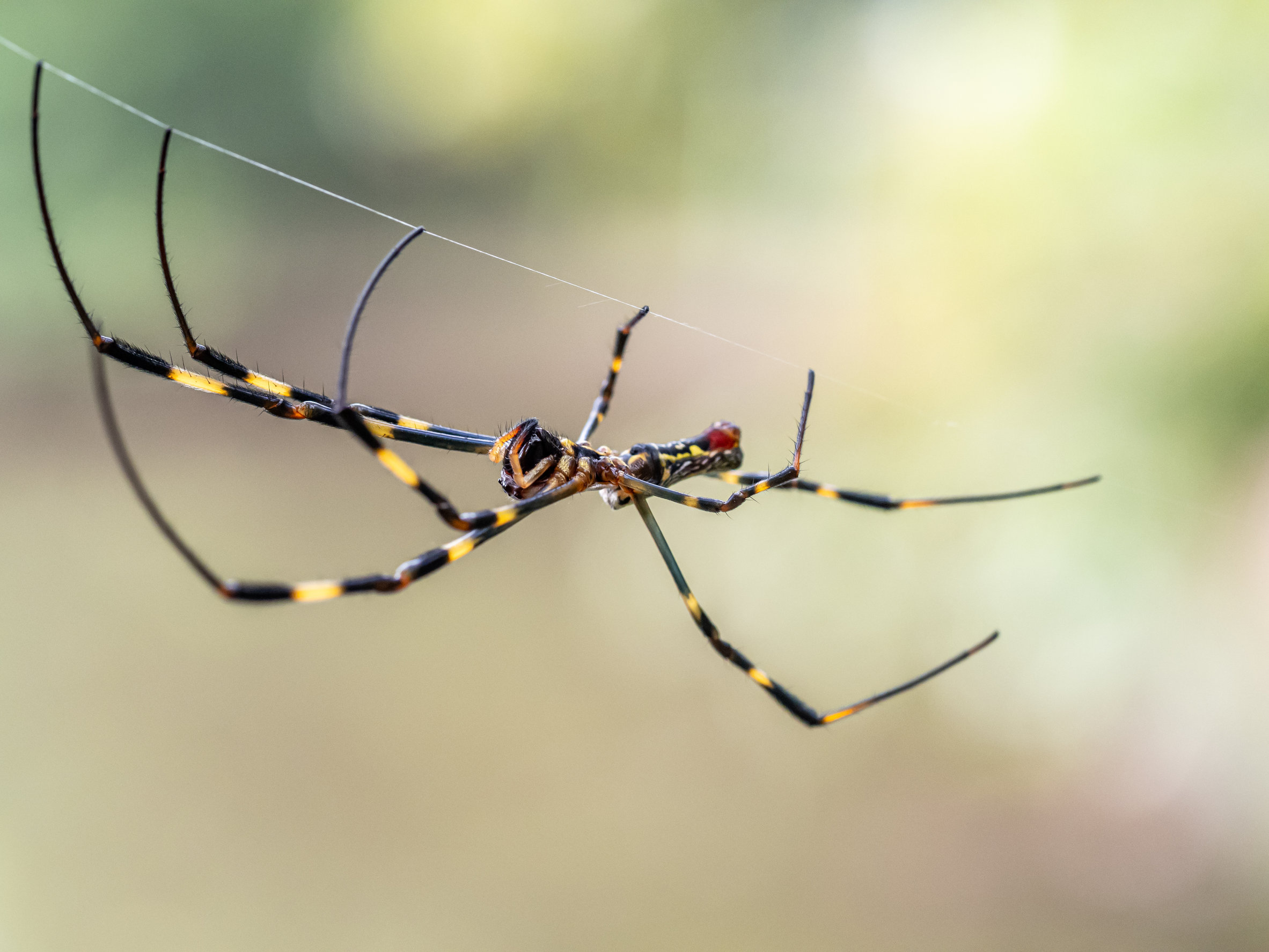 Once only familiar to American fans of Japanese folklore and biologists, the Joro spider has made its presence known in the United States. Native to Japan, and until recently, only found there, as well as Taiwan, China, and Korea, the Joro spider (or Trichonephila clavata) has found a second home in the American Southeast.

If you have been to northeast Georgia and western South Carolina in the past few years, you’re may have seen a joro spider. First spotted in the States in Hoschton, Georgia in 2013, and confirmed present by scientists at the University of Georgia College of Agricultural and Environmental Sciences department of entomology in 2015, the Joro spider looks like it is here to stay… but for how long? And will Joro populations spread beyond northern Georgia to the far reaches of the country? Could it possibly come to our home state of Missouri? What do the pest control experts think?

What is the Joro Spider?

Joro spiders are brightly colored spiders native to Japan. The male spiders can grow to between 7 and 10 millimeters, while females can grow to be quite large: between 17 and 25 millimeters. These spiders are easily identifiable by their brightly colored legs which alternate yellow and blue bands, accented with a dash of red on the posterior portion of their abdomen. The Joro spider is venomous, but rarely aggressive. A Joro will only attack humans when it feels its web or offspring are under threat, though it may simply run away as well. Their venom, while painful to humans when injected through a bite, is non-lethal (unless the bite victim has an allergy to it).

Their abnormal size, striking color pattern, and inclination towards passivism make them a very popular arachnid in the islands of Japan. In fact, the Jorōgumo, a well-known spirit in Japanese folklore dating back at least to the Edo Period of the 17th century, is based on the Joro spider. The Jorōgumo is a creature that can transform into a beautiful woman and seduce men. In legend, the Jorōgumo binds her victims with her silken web and then devours them.

How Can You Tell if Joro Spider is Present in Your Area?

Apart from noticing them and identifying them by their size and coloration, there are a few telltale signs of the presence of Joro spiders in your area. Joro spiders have easily identifiable webs which can reach several meters in diameter. Their web appears yellow in color, and when hit by direct sunlight, they have the appearance of golden thread. The structure of the web itself is unique for a web as it has three layers: one central layer surrounded by two irregular layers. Joro spiders are part of a group known as orb-weaving spiders, named for their ability to weave intricate webs, with more depth than a standard spider web. Joro web has been valuable to researchers in creating more durable varieties of silk through genetic modification.

You can also determine the presence of Joro spiders by paying attention to their life cycles. The copulation period for Joro spiders occurs during autumn when females lay 400 to 1,500 eggs in a sack which they spin on a tree. Their life cycles usually end by early winter.

Should We Worry About Joro Spiders as an Invasive Species?

While it’s unclear how these spiders reached the Americas, all signs point to them being here to stay. It’s also unclear whether or not they’ll harm local wildlife like its fellow recent arrival, the Spotted Lanternfly. While more research is underway, scientists have become aware of their liking to eating the Brown marmorated stink bug, an invasive species that native spiders are unlikely to eat. It is yet unclear how they’ll affect native insect and arachnid populations, though there is some concern in the scientific community that the Joro spider may outcompete other orb web weaving spiders. Though the Joro spider is harmless from a health perspective, its massive webs have become a real nuisance to the human inhabitants of the American
Southeast. One question is yet to be answered, however: will the Joro spider spread beyond its current bounds?

As with everything surrounding the Joro spider’s great American vacation, it’s hard to say. The Joro spider only exists as far north as Japan’s southern islands, not reaching Hokkaido, which is roughly at the same latitudinal line as America’s Mid-Atlantic and New England regions. Scientists aren’t sure if the Joro spider can even survive in a climate that far north, as their mating season takes place during those regions’ colder months.

Steps You Can Take

While the Joro spider has not made the trip west just yet, there are a few ways that residents of
Missouri can prepare in the case that it does. The Joro spider is attracted to areas where it can feast on insects. If you can limit the growth of insect populations in and around your home, you’ll have less of a reason to worry about this invasive spider capitalizing on the local insect cuisine. Keep clutter in and around your home to a minimum as a means to limit insect populations, and thus Joro spider interest. If you see one that gets too close to comfort, you can shoo it away with a broom, but its presence is likely a symptom of a larger population nearby.

Joro spiders have only been in the United States for a short period of time, and it is difficult to say with any certainty what the future holds in store for their tour of the western hemisphere. For the time being however, researchers will continue to track their movement and habits. As they grow, larger predators like birds are likely to suppress their populations, but for the time being, they may even help control the growth of insect populations. Keep your eyes peeled for these blue, yellow, and red arachnids, and make sure to tell the etymologists in your life if you spot one!